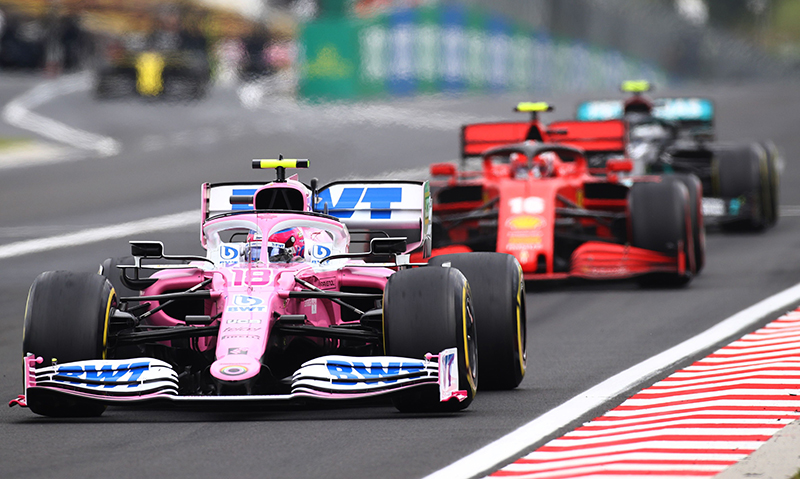 Formula 1 undoubtedly sits atop a great mountain of track racing sports, unquestioned in its supremacy as “King of Motorsports.” Even the more powerful dragsters of the American circuits with their extreme horsepower and acceleration can’t truly compete with the global dominance of F1.

America has been relatively slow on the uptake for Formula 1 racing, but the sport has steadily established itself in the hearts and minds of American gearheads in recent years. Though the US has held its annual F1 “Grand Prize” on and off since 1908, a formal entry into the current F1 World Championship finally happened in 2012. Around the world though, with races in almost every environment you can think of, the question remains — what’s the secret to F1’s popularity? In today’s article we will begin exploring that.

The first attraction should be obvious to anybody: it’s the cars themselves. These machines are masterpieces of automotive design and engineering. Even after engines were standardized once again in 2014 to a 1.6L V6 engines, they still produce 750hp with a peak torque of around 214lb-ft at 17,000rpm.

Even beyond their raw power, the sleek aerodynamic design of the cars is a testament to the millions of dollars invested into their research and development. What’s important to remember about an F1 car is that every component is there by design. Every wing, flap, panel, nut, bolt and button has a specific and crucial function to this amazing machine.

At such power, speed and rates of acceleration, a Formula 1 car should really take off from the road. They move at similar rates to aircraft on the runway, but remain glued to the road. Once again, the car’s design comes into play, with the many unique parts like the front and rear wings, wedge-shape build and other features helping to create a massive downward force that keeps the car on the road even when traversing the tightest corners at speed.

Finally, it’s hard for a true gearhead not to be inspired by that inedible iconic sound that the F1 car can so uniquely make. There’s something about the frequency and pitch that can’t help but garner attention and inspire awe.

To look at the 2020 list of locations for this season’s Grand Prix races, what you see is the jet-setter’s dream. The amazing settings and variety of circuits provide a huge pull to the sport of Formula 1. Though 2020’s race schedule has been gravely impacted by the onset of the global COVID-19 pandemic, the list makes intriguing reading.

The beginning of the season would have taken us to Melbourne, Australia in March, followed by the premiering of the Hanoi Street Circuit event in the Nam Tu Liem district of Vietnam’s capital city. From there the season would have also taken racers to China, the Netherlands, Monte Carlo, Azerbaijan, Canada, France, Japan, Singapore and many more. The races we have seen this year have been in the UK, Hungary, Spain, Italy, Austria, with more to come in Russia, Turkey, Bahrain, the UAE and others. It’s a very diverse list, and set to potentially expand in the future as emerging economies take an interest in this truly international sport.

Among the infamously difficult Formula 1 circuits around the world that bring so much excitement is the historic city circuit of Monaco, as well as the terrorizing “turn 11” on Bahrain’s circuit, and the UK’s Silverstone circuit with “Copse Corner.” These make for exciting races, especially for those who want more than a simple straight-line drag race that’s over in seconds, or a circular track without the intricacy of an F1 circuit.

3. Thrills and Spills in F1

Such precision driving and devilishly difficult circuits make for an exciting race every time. A total of 20 qualifying cars on the track make the start very tense, especially as the pack moves up to the first corner. It has proven deadly for some drivers, a total of 52 since the first modern World Championship Grand Prix held at the UK’s Silverstone Circuit in 1950.

While safety standards have improved greatly, the break-neck speeds, extraordinary difficulty of the circuits, and simple human error on the part of other drivers or crew members continue to keep the sport thrilling to watch. It’s not all about accidents and mishaps, however. The other big part of the thrill comes in those moments where your favorite driver is testing his opponent, trying to find a way through to take the lead. A small group of drivers may spend the entire 78 laps.

The 305km distance covering those 78 laps makes for an exciting time for audience members present and watching at home. Anything can happen during that time, and it makes every second irresistible. Even the pit stops are exciting, as the seemingly bionic crew members completing an average stop in an eye-watering 2.4 seconds. Thanks for fuel lasting the entire drive, the important jobs like replacing tires can be done very quickly with modern tools and, most likely, a lot of practice.

Formula 1 is a rich sport, without a doubt. Some may argue that the sheer amount of money involved makes it somewhat disconnected from public life, but it also makes it an exciting field. The world of F1 is one of glitz, glamor and international jet-setting. The countless millions of dollars invested by every team ensures high visual standards for any fan, either watching at the circuit or at home on TV.

The wealth of the sport is also a big part of what takes it to such exotic places around the world. From the streets of Monaco to the desert backgrounds of the UAE, to the heaving metropolises of east Asia and beneath the azure skies of Portugal — all of this only happens because of how rich and far-reaching the sport has become over the years.

It’s a world that people everywhere watch with adoration, perhaps hoping that one day they can become a part of this exciting place where even the geekiest engineers are venerated and rewarded for their skill and knowledge.

Speaking of geeks, one final attractive aspect of F1 is the incredible advanced technology that the sport uses. While rules changes (see more below) may see the end of certain innovations in future, F1 remains one of the few sports in which science, engineering and technical wizardry play an immediately crucial role in the game. A football team has physiotherapists, nutritionists, personal trainers, sure. An F1 team, however, operates more like its own branch of NASA.

As races progress, the typically 100-strong team is working non-stop, working with the driver to monitor every single aspect of the car’s performance. They watch on screens and through display devices as data is relayed to them from the car’s many systems. It’s a tense world in which split-second decisions have to be made on how to proceed, and it could be based on nothing more than numbers on a screen.

What you may not be aware of his how technology that starts on the F1 track can eventually filter down into your everyday life. For example, their improvements in hybrid technology are doing wonders for our knowledge of how to produce better batteries, energy reclamation systems and other things that make hybrid cars and EVs a viable long-term option for our society. Another great example is driver data collection systems fitted to F1 cars to tell their crews how the car is performing during practice, have subsequently been developed into consumer version by telecommunications giant Qualcomm.

In many ways, F1 is almost like a testing ground for the most cutting-edge drive technology. The combination of the wealth of the sport and the need for the most world-beating innovation to edge out the competition help to drive that technology. While it is new, it is somewhat beyond the price range for consumer car use, but over time that tends to change, as with much technology in the world.

In 2019, The New York Times published an online piece that detailed problems facing the sport that the global governing body, Fédération Internationale de l’Automobile (FIA – International Automobile Association in English), wants to address. The main problems stemmed from worrying statistics emerging after the 9th race of the 2019 season.

To start, between 2008 and 2018, 11 seasons in total, 9 of the titles were taken by just two drivers — Britain’s Lewis Hamilton and Germany’s Sebastian Vettel. Beyond that, Mercedes had won 5 consecutive Constructors titles between 2014 and 2018. Some months after the article was published, they went on to get their sixth consecutive title in 2019, and they are far ahead of the nearest competition (Red Bull Racing Honda) in 2020. It would seem a seventh title in 2020 is all but inevitable.

But, what’s the problem? If those drivers are winning everything, and Mercedes is the best Chassis Constructor in the field, why shouldn’t they claim all the titles? The fact is that there are rules, or perhaps more accurately a lack of rules in certain areas that help Mercedes to simply outspend the competition year on year. First, there’s no salary cap for drivers, allowing bigger teams so snap up the best drivers for every season, leaving smaller teams in their wake. It’s hard to blame drivers for chasing the money trail. There was talk of financial caps to keep things fairer, including on salaries for drivers. In the end, it was agreed by October 2019 to cap entire budgets (excluding driver and top-3 personnel salaries, and marketing) at $175 million per annum per team. This was further reduced to $145 million for 2021, and $140 million for 2022, $135 million in 2023, 2024 and 2025.

Further agreed-upon points included greater use of standardized parts (e.g. fuel pumps), and more limitations on added components. Such additions are also currently giving the hyper-spending teams a massive advantage over their smaller competitors. Prescribed designs on parts like wheel covers will also come into effect, as well as replacement restrictions on things like brake pads. Those teams with bigger budgets can afford more brand-new parts, thus keeping their team members in better shape than smaller-budget competition.

It’s not that the FIA is opposing competition, but rather they’d like to level the playing field enough to ensure competition can actually take place. F1 fans have had their senses somewhat dulled by the repetitive nature of championships and awards ceremonies — it’s essentially the British/German anthem for the winning driver, and the German anthem for the constructor. You can see how it gets “samey” through an annual season.

Despite recent problems in the sport, its popularity with fans across the world continues to endure and grow. While the sport’s governing body works with its affiliated organizations around the world to address apparent imbalances in the sport, fans look forward to continuing their love and appreciation for this the King the Motorsports.

Motorbikes: The Old World and the New

New Electric Pickup Trucks to Look out For

The Weird and Wonderful World of JDM