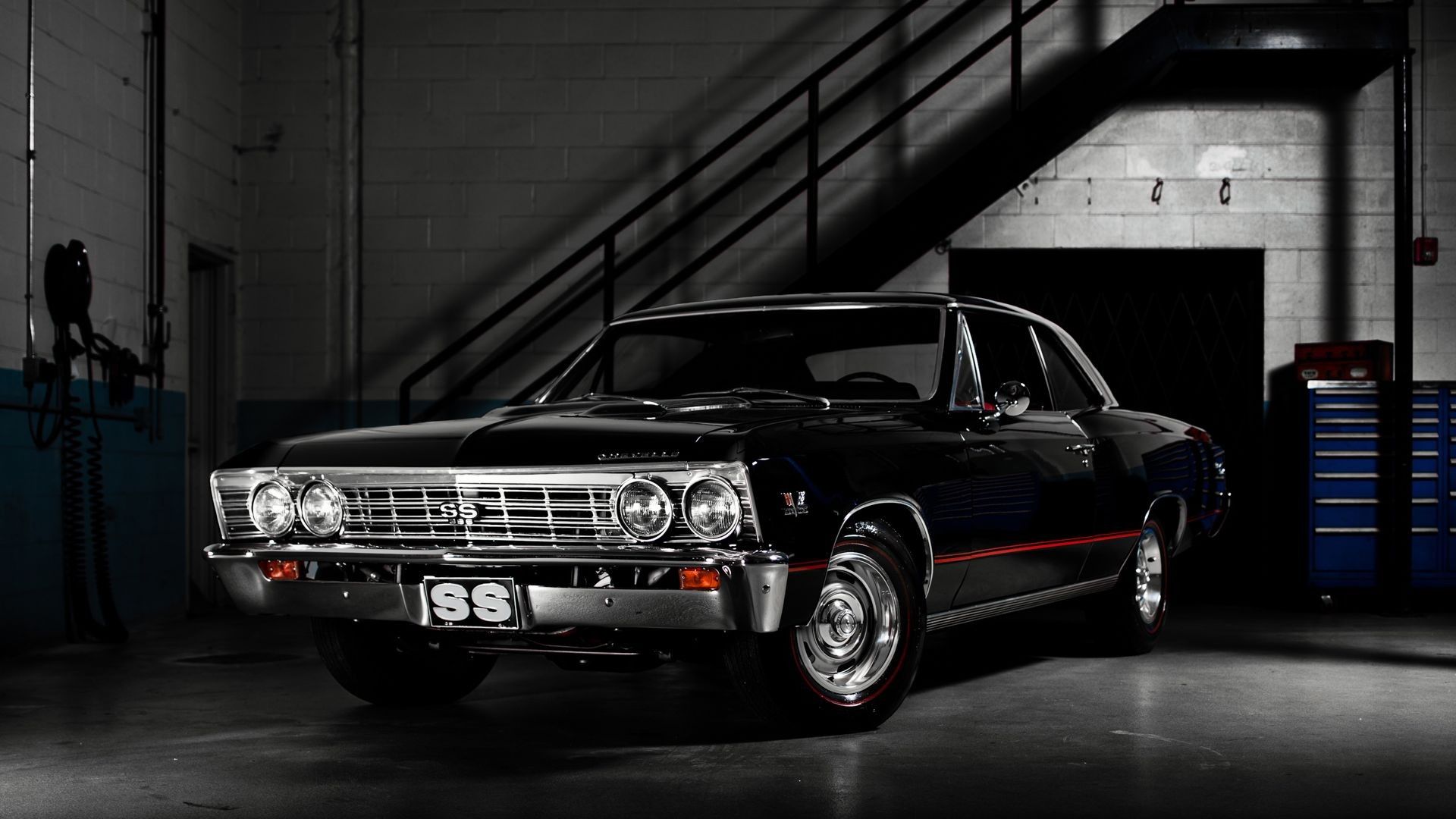 We all know that America has long had something of a love affair with the automobile. With each passing year, car makers come out with new designs, new technologies and other innovations that make our driving lives easier and more enjoyable. The big trend now is moving towards all-electric alternatives to the traditional internal combustion engine vehicles of the 20th century.

While the industry appears to be very forward thinking, there is still a curious segment of the market that bucks trends and ignites people’s desire for nostalgia. What we’re talking about, of course, are classic cars. Today’s piece is all about which classic cars have American buyers vying with others to own.

Classic Vs. Vintage Vs. Antique

Before we get into which classic cars are among American drivers’ favorites, we need to be clear about the definition of “classic car.” The term “classic” is often used as a blanket word to describe all old cars from 30 or more years ago. One source of the confusion is the lack of agreement between different states.

Broadly speaking, “Classic” refers to a car that is 21-44 years old; “Antique” is for cars that date back 45-89 years, and “Vintage” means they come from between 1919 and 1930. Individual states like California have notable exceptions to this rule, classing just about everything more than 25 years old back to 1922 as a “Historical Vehicle.” If you have an engine 16 cylinders or larger manufactured from 1922 to 1965, they call it a “horseless carriage,” if you can get your head around that logic.

Insurance is an important realm in which to know the exact category of your car. Some companies have variation, of course, but the general rule of thumb is that anything from 1980 onwards is a “Collector Car” and everything older than that is either “Classic” or “Antique.” Classic car insurance actually comes with many benefits compared to regular car insurance, which you can learn more about in the following video.

Mustang continues to be popular around the world, including in emerging markets like China where they symbolize American car heritage in a single, dynamic marque. It’s not just their sporty looks and awesome performance, but their value that makes them collectible to classic car enthusiasts. Why shouldn’t you potentially benefit financially in the long term by holding on to a piece of America’s automotive heritage?

Mustangs have historically auctioned very well. At the top end of the spectrum you have Mustangs used in Hollywood classics like the Bullitt Mustang used by Steve McQueen in the eponymous movie “Bullitt” in 1986. When it was auctioned in January 2020, it fetched a rather impressive $3.4 million. It’s perhaps a little unreasonable to use this exceptional example as a general rule, but other Mustang sales prove a clear market value for these classic American cars, especially when they have a story behind them, fetching well into the hundreds of thousands of dollars.

Even those without much of a story can prove valuable depending on model and condition. According to tradeuniquecars.com, the most valuable good-condition (they call it “condition 1”) Mustang would be the Mustang Boss 302 from 1969-1970. This car would carry a typical value of $135,000. Even in “condition 2” and therefore needing some minor repairs, it would still be worth $74,000.

Beyond monetary value, the Mustang is about power, muscle and the American dream. To own a piece of that heritage is a big deal for many car lovers in this country.

It’s not an American classic, but it’s a much-beloved and sought-after classic with more than half a century of history. The German auto giant is still going strong today, producing new and innovative models to expand its eclectic range, which now of course includes SUVs and the all-electric Porsche Taycan.

When most people think of the Porsche brand, however, they’re not thinking of the Cayenne or the Taycan, they only have one model in their minds — the 911. It’s certainly the most iconic and recognizable Porsche model ever made, and remains firmly entrenched in the hearts and minds of drivers as the “standard Porsche.”

As with any classic cars, the most valuable and sought-after classic models are those that were made in limited production runs to an especially high performance standard. The value for air-cooled Porsche 911s is particularly high, especially after the model crossed the 50th-anniversary mark back in 2013. The boom period for 911 value was back in 2014, running up to about 2016. Since then the market has cooled somewhat, but that doesn’t apparently stop the 911 from being a favorite among classic car enthusiasts. Having said that, you could still expect a handsome price of $1.25 million dollars (or thereabouts) for a GT2 from the mid-to-late 1990s.

The originally valuable air-cooled models are not exactly few in number. A total of 410,348 were built between 1964 and 1998, and Porsche loves to remind us that more than two thirds of their cars are still active on the road. Their commonplace nature is chiefly what makes them less valuable overall, but the Porsche 911 continues to be a symbol of high status and professional success. That’s enough for many people.

The Transformers franchise has arguably done wonders for Camaro sales and popularity around the world. Who would want to pass up the chance to drive Bumble Bee? The truth is, however, that the Camaro has consistently endured as one of America’s favorite cars, both in its classic and modern forms.

Like many of America’s classic cars, the most prized models feature those from the 1960s and 1970s, undoubtedly for their rarity. The earliest Camaros date back to 1966 production, including arguably the single rarest model, the 1967 Camaro with Vehicle Identification Number #100001. Imagine getting your hands on that. This was the first of 49 hand-built pre-production models built to test the viability of the model for mass-production later on.

Other popular and sought-after classic Camaros include the 1969 Camaro ZL1 with its muscular 6.6L engine and nearly 400 horsepower, the 1977 Camaro Z28, which was the first Camaro model to outsell the Ford Mustang, the 2006 Camaro Concept Coupe and many others.

The Camaro, like its rival the Mustang, is one of those classic cars that has helped to define the muscle car culture that is uniquely American. Their rivalry has even spread into overseas markets like China, where the two battle it out for the title of most desirable “aspirational car” in the enormous emerging automotive market there. To date, Mustang is winning, but all that is about new cars, not classic ones.

In the meantime, American drivers continue to love their classic Camaros.

Another offering from Ford, and the only SUV on our list is the Ford Bronco. This remarkable American SUV dates back to 1965, when it was unveiled for the 1966 production year. This first generation of Bronco has actually become in 2020 the most popular version for classic collectors. There’s always been a lot of speculation surrounding the Bronco, like whether or not the O.J. Simpson car chase was the death knell that ceased production in the mid-1990s. While this has been disproven by more detailed market research revealing that the US wanted more than a 2-door model in an SUV, other more modern mysteries are emerging, such as the resurgence in the classic Bronco’s popularity in 2020.

What is behind this sudden surge in demand for the classic version? The main driving force seems to be the re-emergence of the Bronco in Ford’s 2021 lineup. It is among the most anticipated new Ford car in recent history, and promises some serious competition for the Jeep Wrangler.

This explains why it is that collectors are seeking Ford Broncos, but not exactly why the first generation are so popular — or does it? It seems that because the 1960s version of the Bronco was much more distinctive in style, that is one big reason for collectors trying to get their hands on one. In fact, Hagerty Drivers Club has reported that 63 percent of Bronco quote requests have been on first-generation Broncos. They also report that both Millennials and Boomers are equally interested — perhaps for different reasons.

Another interesting quirk about the classic Bronco is that modified models, according to Hagerty, are more valued than stock models. They’re fetching very handsome sales values, with the top-priced model sitting pretty at $650,000. After the first generation, the next most popular generation is the 1992-1996 bracket — the last generation. These come with a distinctly more affordable value right now, but that still represents an increase compared to 2019.

The median value of a 1992-1996 Bronco currently stands around $24,000, which is up 14 percent from 2019. If you push it up to the top-end Eddie Bauer model, that value increases to $26,200. It seems that the speculators are most interested in this Bronco, especially how it might be affected by the arrival of the brand-new Bronco in 2021.

As you were reading, you may have been wondering when we were going to get to the Corvette. Well, here we are. Classic Corvettes are not necessarily easy to find, with some models already deemed as seemingly “unobtainable” in the real world. In most cases, like the Corvette ZR2, it’s clear why they’re hard to get when there were only 12 ever built. The story rings true for many of the most classic and iconic Corvette vehicles.

Among the earliest models was the Corvette 1953, of which only 300 were produced. The run was limited only to white as the exterior color, with red for the interior. Of the 300 first produced of these 6-cylinder-engined cars, fewer than 100 remain, helping to make them extremely valuable to the right collector.

Perhaps the king of all classic Corvettes is the 1963 Corvette Grand Sport, of which only 5 were produced. Since the original have rarely if ever come up for sale, it’s hard to guess what they could go for now, but it’s likely they would sell for at least $3 million, and possibly even as much as $7-8 million.

Over the many years Corvettes have been produced, they have been prized for the same fundamental qualities. These include superb handling, mind-bending power and seemingly unbeatable performance. That’s why it has always been known as Chevy’s “Halo” vehicle.

Perhaps still quite disturbing, however, is the Corvette’s deadly modern history since 1992. Its light build made it dynamic and its engine powerful, but in the event of an accident, this speeding thin-cased bullet has also proven to be deadly. Its fatal accident rate was put in 2019 at 9.8 cars per billion miles, making it among the deadliest models ever made. To be fair, that shouldn’t be pinned on the car, but rather on the drivers. Wealthy drivers tend to be more reckless and impatient on the road, and it is thought that this would explain (given the Corvette’s high price tag) why there are an unusually high number of accidents in Corvettes.

While it seems that classic cars only seem to reach the values of millions of dollars when they’ve been made in an extremely small production run — and therefore would be expensive even when new — is not a sign that all classic car investing is useless. It’s hard to know for sure how valuable a car will become when there are so many factors in play. The Bronco is a good example of this.

Americans love a good investment, and they also love bucking global trends. Perhaps America’s love affair with classic cars is all about trying to prove that the humble automobile is not always a depreciating asset, as is commonly held wisdom in car buying circles.

A Complete Guide to Hybrid Cars

The Thrill of Off-Roading

The Truth About Car Body Kits