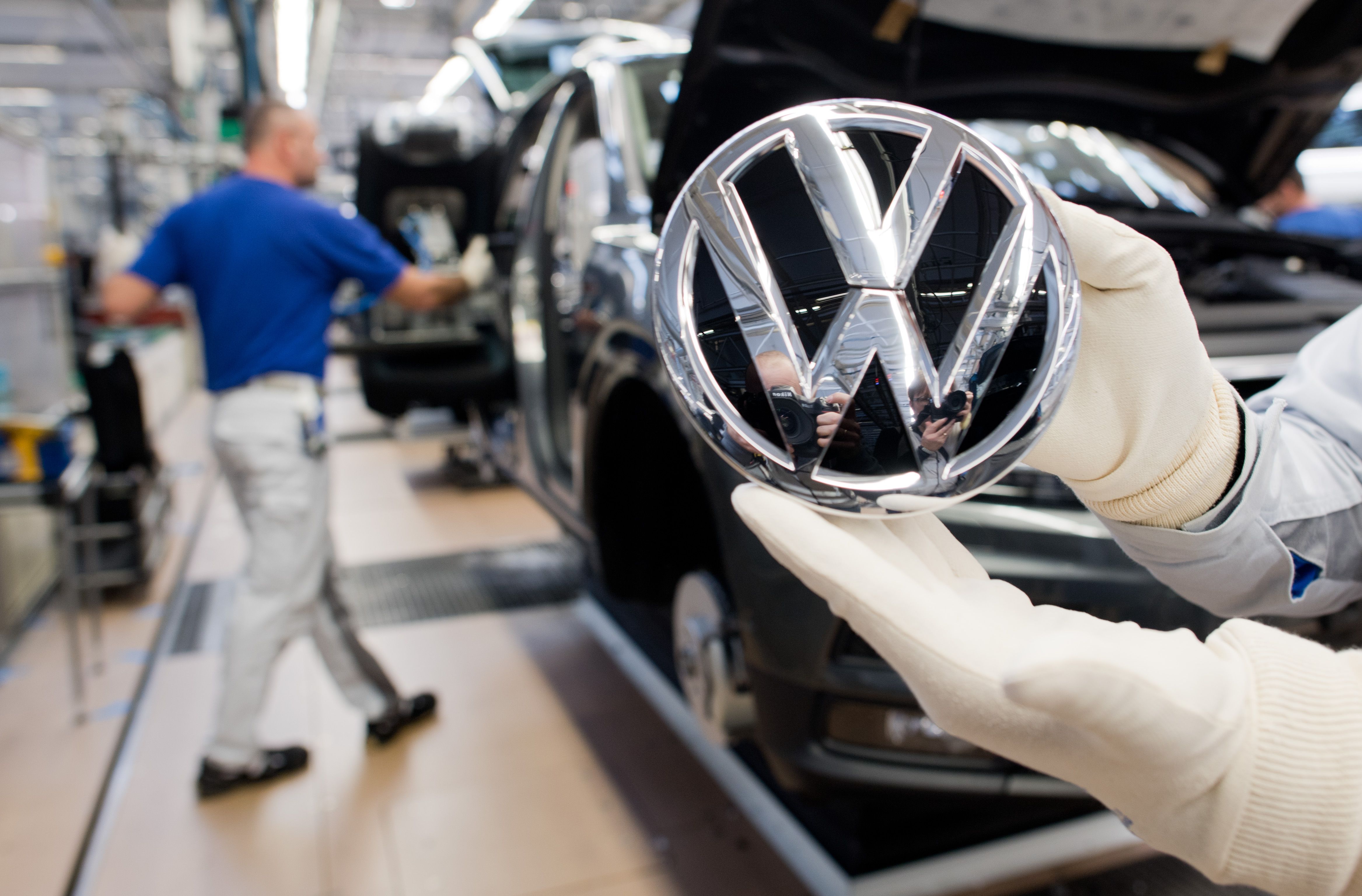 First of all, just remember that there are 31, 536,000 seconds in a year. Remember that, you’ll need to appreciate that later in today’s article. In the tumultuous year of 2020, it’s hard to imagine car companies have made anything at all. It’s actually more of a mixed bag for 2020 specifically, but more on that below. The truth is that 2020 is just one year among many, and, overall, car companies remain among the most profitable businesses in the world.

Profits are One Thing, Revenue Another

Successful car companies make profits in the hundreds of millions and even billions of dollars every year. These numbers are hard to appreciate due to their size, and the massive disconnect they represent from the level of personal income that most of us make in a year. A very interesting visual was created earlier in 2020 by Parts Geek. The chart uses the complete data set from numerous auto companies in 2019 to show how much revenue 19 major auto makers take per second.

The companies in question are parent companies — with the exception of Mercedes-Benz — so, some are blessed with the advantage of multiple subsidiaries. The companies listed include: VW, Toyota, Ford, Honda, GM, Fiat Chrysler (FCA), BMW, Mercedes-Benz, Nissan, Hyundai, PSA Group, Renault, Kia, Geely, Tata Motors, Suzuki, Mazda, Subaru and Tesla.

Topping the list was Volkswagen, which according to this list makes an astonishing $9,202.88 per second. In 2019, the company that also owns Audi, Bentley, Bugatti, Lamborghini and Porsche, made $290.2 billion in annual revenue, of which about $23 billion or so fell into profit. Not a bad year. Below we look in more detail at the second-by-second income of companies as they were performing before the pandemic. Whether or not they’ve kept it up entirely in 2020 is another story. Below we’ll take a look at some of the most interesting appearances on the list.

As we mention above, one of VW’s key advantages is the number of great brands it has in support of the parent company. Volkswagen delivered around 11 million vehicles in 2019, the vast majority of which are its affordable and popular passenger cars like the Passat, Jetta and Arteon sedans and the Atlas SUV, among many others.

Besides its own cars, VW’s subsidiary companies like Audi and Bentley produce cars of a more luxurious order that generate much higher margins of profit. Most manufactured and sold cars come with a profit margin of between 8 and 10 percent, but luxury cars usually raise that to 15 percent.

Toyota comes in a fairly close second in this list, but the really interesting thing about Toyota is how high up the list they are, and how far ahead of the next contender (Ford), while also only having so few significant subsidiaries. The only ones to speak of are Lexus and Daihatsu, the former being the most impacting internationally.

What we see from the rest of Toyota’s revenue sources, when compared to VW, for example, is that Toyota has a more balanced global portfolio. Their models are generally popular across a much wider scope. VW on the other hand is heavily concentrated in one wealthy area – Europe.

So, where does America’s biggest earner fit in? Overall, Ford placed third in the list, but still significantly behind the next highest, Toyota ($8,634.58 per second). The first thing to remember is that these figures are based on 2019 earnings. Ford experienced a sharp decline in sales by a about 500,000 units according to Statista between 2018 and 2019.

Ford, therefore, also relies on the US market quite exclusively to make up the bulk of its sales. Ford achieved around 2.4 million units in sales in 2019 in the US market alone. This would help to explain Ford’s lagging performance behind the infinitely more global brands of Volkswagen and Toyota.

How Did Other American Brands Fare?

After Ford, America’s biggest hitter was General Motors, falling in line just behind Honda with $137.2 billion in revenue, which works out to an impressive $4,351,76 per second. GM’s subsidiary brands include the likes of Chevrolet, Buick and Cadillac. They also have the GMC line of trucks, which remain popular in the US market, with the Sierra selling more than 230,000 units in 2019. The Chevrolet Silverado truck, too, sold a whopping 575,569 in the same year.

Interestingly, although the top truck offered by Fiat Chrysler — RAM — had a great year outselling both models from GM individually, GM did manage to finish ahead of their Italian/American rivals by a whole $495.66 per second. In the realm of trucks, this obviously makes sense when you combined the Chevy and GMC trucks together. In addition, however, GM’s other brands remain popular in the US and around the world, especially in China where Chevrolet and Buick are common sights. Chevy alone has consistently sold more than 500,000 or 600,000 units in China annually between 2016 and 2019.

Fiat Chrysler Automobiles (FCA) is the other big American name on the list — well, Italian-American — and it was a close-run thing with GM in 2019, which we mentioned above. FCA has a good number of popular brands under its belt, such as Chrysler, Dodge, Fiat, Jeep, and even the troubled Alfa Romeo brand which has been dogged by poor sales and complaints of poor reliability for years now.

FCA also owns the globally renowned luxury car brand, Maserati. In 2019, according to Statista, Maserati sold 19,300 units, which was a significant decrease of around 45 on the previous year. In 2020, to combat further falling sales, Maserati took unprecedented steps to reduce the price of their cars by thousands of dollars to help spur further sales. Reductions included the following models:

What Else Accounts for Car Company Revenue?

We can’t forget that even these area automotive companies, automobiles are only one part of their income. In fairness, cars do make up the majority of their business, but others have multiple revenue streams that help to explain their success on the list. Honda, for example, is also a big name in the world of motorcycles. That much you may have already known, but did you also know that Honda is a premium manufacturer of boat engines, personal jets and even the humble lawn mower.

Another company that innovatively uses its position within the marketplace is Tesla. As everyone knows, Tesla is not in the business of producing any cars that create emissions. When it comes to government carbon credits, therefore, Tesla has something of a surplus on its hands each year. Elon Musk’s team knew exactly what to do with these extra credits. Tesla takes those carbon credits and sells them to other automakers who are struggling to meet quotas on electric vehicle sales.

You might wonder just how much such a trade could possibly make for Tesla each year. It couldn’t be anything significant, could it? In fact, in quarter two of 2020, Tesla earned $428 million from carbon credit sales. That was sales in a single quarter of 2020, and it represented a pleasing 7 percent of total revenues in that period. For a company the size of Tesla, 7 percent is not to be sniffed at.

Besides being one of the few brands to expand their sales hugely in 2020, Tesla is continuing its innovative expansion of income and revenue by including the upcoming feature of autonomous driving services. Tesla — and Cadillac, too, in fact — have already announced that once their self-driving functions are truly viable, they will turn them into subscription services that drivers can either opt in or out of. Once in place, this will undoubtedly be another good money spinner for America’s best-known EV producer.

Other car brands generate a pretty healthy income from the sale of accessories and lifestyle products. Most of us out there must have seen at least one person wearing Porsche-brand sunglasses, exclusively designed phones or watches, and other fashion gear. Porsche Design watches fetch anywhere from $5,600 to $9,000. It’s an innovative way for Porsche to keep customers coming back for more even after they’ve purchased a car that they will likely keep at least a year or two before returning to spend on a new one.

Taken all in all, the above revenue stream can undoubtedly prove useful, but as car sales recover in 2021 and beyond, it would be reasonable to assume that their share of the overall profit generation might shrink. Some ideas, like Tesla’s autonomous driving subscriptions service, have long-term applications, but still depend on technology that is not ready to roll out on that scale.

Revenue: It Always Has a Story to Tell

In 2020, suffering revenues have a single unifying story with a common antagonist at its heart, the COVID-19 pandemic. Having said that, the industry was already experiencing some slowdown in 2019 with very few exceptions. Overall, 2019 generated the sale in the US of about 17.1 million units, which was modestly down from 17.2 million on the previous year. The 2018 figure also only represented a very modest increase of 0.3 percent from 2017. This shows a bigger, more lasting trend of suffering sales in the US.

Revenues alone can look mighty impressive, but never forget the mantra of the successful entrepreneur – turnover is vanity, profit is sanity. Big revenue figures don’t mean much if what they represent is still a serious decline in sales or a dip in profits. That’s not good for the share price, and therefore the overall financial health of the company.

What revenues can do, however, is tell us an interesting story about which brands are achieving levels of activity on a truly global sales, and which are lagging behind in their worldwide activities. The start contrast between the top 2 in the Parts Geek list and the remaining 17 entries shows that VW and Toyota aren’t just on top, but they are running away with the revenue game.

As the world recovers from the disappointments of 2020, we can look forward to numbers bouncing back. It would be interesting to see who manages to move up the list and close the gap to gain parity with Toyota and VW. In the end, it will be up to the customers to vote with their wallets.

What’s in a Top Fuel Dragster?

The Future of Auto Industry

The Truth About Drag Racing