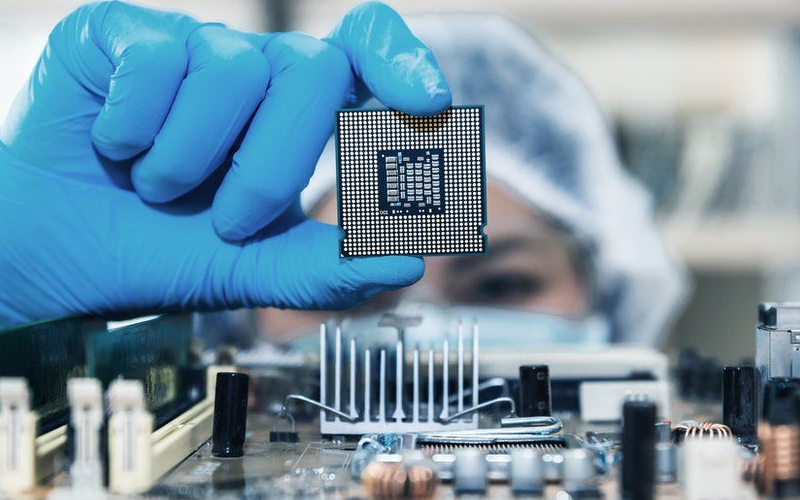 All through 2020, the news cycles each day were dominated by all the global events surrounding the COVID-19 pandemic. That’s hardly a surprise since it was pretty important information. In the background, however, was a longer-term, more pernicious and now more internationally relevant story going on the whole time, and that is the worldwide chip shortage, specifically semiconductors and similar integrated circuits.

Global Chip Shortage: What Is It and How Is It Connected with the Automotive Industry?

It’s no exaggeration to point out that just about everything you use in your everyday life now relies to some degree on the presence of functional microchips. Where chips used to be saved for computers, they are now in our smartphones, tablets, cloud-based assistance devices like Alexa, our televisions and even our household white goods like washing machines and refrigerators. Any time that a previously humble household device becomes “smart,” it’s code for a host of chips now being required to build it.

Chips are also now increasingly used in your cars, hence the topic of today’s blog piece. Nowadays, even “entry-level” cars have digital infotainment systems, ADAS features and other components that use modern chips. They also still have many of the systems that use older chips, too, such as their power steering. The automotive industry has arguably been the hardest hit of all industries affected by the current shortage.

How did it start?

Causes of the Current Chip Shortage

There have been several temporary shortages in the past, but none quite as acute or as potentially dangerous as the one we have been experiencing since 2020. There are three main factors behind the fact that the Tesla you ordered all that time ago is still on a factory floor somewhere:

The COVID-19 pandemic hit the global chip supply from both ends. On the one hand, production was slowed by government restrictions, lockdowns, social distancing rules and more, which slowed many factories. On the other hand, huge numbers of people were forced to work from home, which prompted many to upgrade their home and work electronics, offices to boost cloud computing capacity, and other people to invest in greater home entertainment like consoles and televisions to help keep families occupied during trying pandemic lockdowns.

When President Donald Trump initiated his trade war with China, one Chinese company to be placed under restriction as a chip supplier to US companies was Semiconductor Manufacturing International Corporation (SMIC). Those US companies therefore sought out SMIC’s competition in Taiwan (TSMC) and South Korea (Samsung). That wouldn’t have been a huge problem if it weren’t for the fact that both TSMC and Samsung were already stretched thin at the time.

Finally, while Taiwan managed to contain all the worst impacts of the COVID-19 pandemic even more effectively than their mainland China neighbors, they did suffer serious droughts in 2021. The chip manufacturing process used by Taiwan’s chip giant TSM uses something like 63,000 tons of water a day to create ultra-pure water. Droughts have meant production has been slowed.

Impacts on the Automotive Industry

What’s interesting is that if you asked most ordinary people about what types of company they imagined would be the worst affected by a global shortage of integrated circuits and other chips, it’s most likely they’d reply: telecommunications, consumer electronics and others. Indeed, they’d be right about that.

Quite far down most people’s list would be the automotive industry. They might imagine they’d need chips somewhere (they do have on-board computers, after all) but the idea that this industry might be even more impacted than a company like Apple might seen silly. In fact, it’s not. The car industry has been among the worst hit, and we’ll explain in more detail below.

Dan Hearsch, managing director in AlixPartners was quoted by CNBC:

“There are up to 1,400 chips in a typical vehicle today, and that number is only going to increase as the industry continues its march toward electric vehicles, ever-more connected vehicles and, eventually, autonomous vehicles.”

When the pandemic first broke out and the world was moving towards policies of lockdowns and working from home, car manufacturers like Ford and GM reacted in the way that you might expect. They planned to reduce all their capacity in anticipation of a massive slump in demand.

A part of those cuts was the cancellation of many chip orders, which threw the chip manufacturers into some confusion. Much to the chagrin of the car companies, there was actually sufficient demand to warrant those original orders, but it was too late. The result was thousands upon thousands of unfinished cars sitting waiting for chips that may take months or even longer to arrive.

Since then, even America’s biggest automotive giants like Ford and GM have put major pauses on production. As recently as April 2021, GM announced that it was shutting down plants in Spring Hill, Tennessee and Lansing Delta Township, Michigan, the former for one week and the latter for two weeks. Other plants that were already temporarily shut down had their time extended, including Fairfax Assembly Plant in Kansas City, Kansas, as well as the CAMI plant in Ingersoll, Ontario and the Ramos Assembly Plant in Mexico.

Ford also paused production, perhaps most notably at its Chicago South Side plant. It was idle all through April and the pause was extended to at least May 10 as the effects of the continuing global chip shortage continued to bite. Other Ford plants closed included Flat Rock, Michigan and Avon Lake, Ohio.

It seems that no major automaker operating in the US has been spared, even huge international concerns like Stellantis (formerly Fiat Chrysler) have closed plants like the one in Belvidere, Illinois, which was closed through April and employs some 3,600 people.

The good news so far for plant workers is that the pauses are only temporary and there have been nothing like the mass lay-offs that some people dreaded. How could there be? As soon as the chips start flowing again, GM, Ford and Stellantis will need every worker they have (and then some) to catch up.

While the workers haven’t been laid off, the companies themselves have endured major financial losses. CNBC reported in mid-May 2021 that the shortage overall is expected to cost the auto industry some $110 billion in revenue during 2021. Add that to the billions already lost in 2020 and things are looking quite grim.

According to CNBC’s report, GM believes that the chip shortage will cut their earnings by around $1.5 to $2 billion in 2021. Ford’s outlook is similarly grim, with earnings cut by about $2.5 billion. The industry-wide figure of $110 billion isn’t just grim, but it actually has been revised up by some 81.5 percent from a January forecast of $60.6 billion.

Why Don’t We Just Manufacture More?

Besides the weather and other factors that we have described further above, there have been other factors involved in protracting the length of the current chip shortage. Some experts now expect that it will go on at least into the second quarter of 2022.

Just when everyone was thinking that the chips situation couldn’t get any worse, a fire broke out at a Renesas-owned subsidiary plant in Hitachinaka in Ibaraki Prefecture not too far outside of Tokyo. The fire was particularly disastrous not just for the physical damage to its chip-making infrastructure, but for further exacerbating shortages by adding strain to companies like TSMC in Taiwan.

With Renesas only able to relocate part of its needs to its plants in western Japan, it now relies on already-strained partners in Taiwan like TSMC. Furthermore, even though the Ibaraki plant is on-track to restart production, they won’t reach full capacity again for at least another estimated 3-4 months, according to Renesas.

Besides various problems around the world clearly exacerbating the shortage, another big problem behind the chip shortage is that boosting production in other places is far more complex than it is with other products. If there was a shortage of something like a household plastic such as Saran wrap when a US-based factory burns down or local materials run short, then American suppliers could easily turn to manufacturers in countries like India and China, both of whom have a massive capacity to produce more on sudden demand. The same cannot be said of semiconductors.

This is a highly specialized industry, development of which takes many years. It’s not simply a question of setting up a factory, installing machines and flicking the on switch. The factory production lines are very intricate and advanced, and as the case in the Renesas factory shows, take time to build up capacity and scope.

While companies like Microsoft, Apple, Google and others all make use of suppliers like TSMC, Intel is one of the few companies that does manage its own chip production, with minimal outsourcing to the likes of TSMC. To help Intel stay on top of its game and ultimately to help relieve the shortage, they are spending some $20 billion to build two new chip plants in Arizona. That was announced in March 2021.

Interestingly, TSMC has also raised more than $500 million to fund an Arizona-based plant near to the state capital, Phoenix. It sounds great, but construction, development and getting the plant up and running will take years. Ultimately, it won’t be a meaningful part of the short-term solution to the chip shortage.

Conclusion: How Does the Automotive Industry Sat-Nav Its Way Out of This Crisis?

The bad news for the automotive industry is that they really have no choice but to wait for short- and long-term solutions already underway to come to fruition before they can restore production to normal. According to AlixPartners, the organization that came up with the $110 billion cut in earnings estimate we mentioned further above, the total loss in production this year will total 3.9 million vehicles. Once more, that is up from an initial January forecast of just 2.2 million.

In the short-term, therefore, all companies like GM, Ford and Stellantis can do is to wait patiently for production to normalize so that they can receive the chips they need and resume production at full capacity.

In the longer-term, US President Joe Biden and his administration have initiated a major review into US supply chains in response to the current crisis. An impressive $50 billion of Biden’s proposed $2 trillion infrastructure plan is also set aside for use in the expansion and bolstering of the US semiconductor industry.

As has been seen with other supply chains like that of PPE and other medical equipment during the COVID-19 pandemic, American, European and Japanese automakers are discovering the folly in over-reliance on international supply chains. Even worse is over-reliance on a single country or region for such a critical component as a semiconductor. Taiwan is hardly the most stable area of the world geo-politically. With more bombastic and jingoistic noises emerging from mainland China about the forceful annexation of Taiwan, US automakers are unlikely going to want to see a repeat of this year’s events caused by over-reliance on a single global supplier.

We can expect the current investment in places like Arizona, therefore, to be merely a first wave of investment to redevelop and rejuvenate domestic supply chains, at least on a small scale that would be enough to see the US through any kind of global shortage. There’s no doubt that other countries like China will seek to do the same.

Things to Know Before You Buy a Classic Car

What’s the Difference Between Carfax and AutoCheck? Which One Is Better?