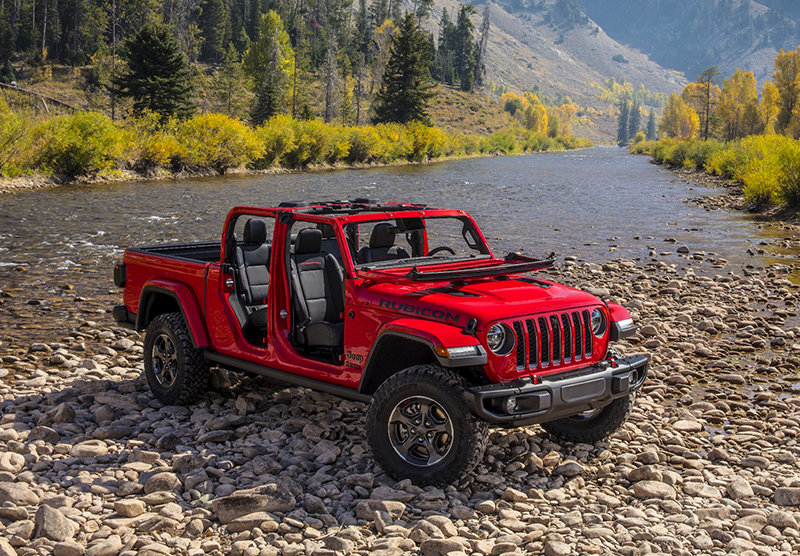 Americans, like many people around the world, love their cars with a deep affection. America is so in love with cars, millions of people tune in every year to watch a whole bunch of cars travel around an oval circuit again and again. An estimated average of 6.5 million people tune in every year to watch the event previously shown on ABC, and now on NBC. That’s before we get to the 300,000 or so people who are actually there at the event.

The Indy and Daytona 500 races are great fun, and people clearly love them, but these track sports are actually not the subject of today’s article. In this article we are interested in the curious phenomenon that is off-roading. As if watching cars race around a specially made track wasn’t enough to enjoy, we also love to take our cars in the opposite direction, off of man-made roads and out into the wilderness. But why? What is the fascination with off-roading? What makes it so thrilling and so appealing to so many people? These are the questions we will answer below.

We may all of us have an image in our minds as to what off-roading really is, but let’s establish some clear definitions. Well, as the name suggests, in the world of driving, the activity of “Off-Roading” refers to driving vehicles or riding bikes/motorcycles on unsurfaced areas. These areas may consist of sand, gravel, mud, snow, rocks and other naturally occurring terrain. To put it another way, it’s driving where man has laid down no kind of solid surface designed specially to support vehicles.

That much is clear, but how is this form of sport and/or recreation classified? Is it just a question of pulling your car off to the right and seeing where the world takes you? In fact, there are a number of established forms of off-roading. Below are a few examples:

This is where you typically drive large SUVs (or sometimes lightweight ones) over sand dunes. Groups often meet together and travel around the desert in packs, or more often stay focused around one challenging dune and compete to overcome it. The vehicles are most easily characterized by their greatly reduced tire pressure to provide more traction as they journey over the sand.

Where dune bashers tend to stay in one small area focused on one or two challenging dunes, cross-country off-roaders will traverse great distances facing multiple terrains. A cross-country event can span hundreds of kilometers and many natural obstacles, some of which are even in uncharted terrain.

Also known as two-tracking, green laning can be done by any kind of 4WD vehicle, even one that has been specially modified for off-roading. The vehicles travel along unsurfaced tracks in mountain areas, forest tracks or even on older abandoned roadways that have fallen into total disrepair.

This is one of the more intricate off-road activities that requires not only driving skill but a well modified vehicle. Those that take part usually require special suspension components that give greater axle articulation, as well as changes in the differential gear ratio. Because some of the rocky outcrops being traversed are hard or even impossible for the driver to fully see, it usually happens with teams of two, with one acting as a spotter from the outside of the vehicle feeding details to the driver to help them over safely.

These are but four examples in a rich tapestry of competitive and non-competitive events. For the majority of off-road enthusiasts, the sport is simply a matter of taking the car where there are no roads; no traffic; no other major signs of civilization.

2. The Appeal of Off-Roading

A 2019 article on Observer by Neal and Elijah Pollack explained the attraction of off-roading with the following observation:

“The appeal of off-roading can be explained thus: it’s fun to drive over rocks and through mud. Anyone who disagrees is dead inside.”

It may seem overly simplified, but for real off-roaders, it perhaps is just that simple. They are attracted by many things:

We live in a nearly entirely explored world. Save for a few corners of the darkest forest or deepest valleys of countries like Papua New Guinea, the world is pioneered, documented and mapped out. What does that mean for drivers in 2020? It means that everywhere we drive has had countless thousands of people come before us. It’s hard to feel good about that.

When you are off-roading, on the other hand, you have a sublime ability to regain that pioneering feeling of challenge. Even if some trails have been traversed by others, it’s a relative minority to those who have traversed the interstate highway or the road in front of your house. It’s an adventure, and humanity has a natural tendency towards seeking adventure.

Of course, it doesn’t always go to plan:

Even a cursory glance at the technical specifications of the most modern SUVs and other AWD vehicles shows that we have advanced automotive technology to make off-roading more accessible and more enjoyable than ever. We’ve boosted traction, improved suspension, added hill descent controls, increased commercially available horsepower and torque…the list goes on.

The fact is that it’s amazing that more people don’t do off-roading when so many are clamoring for the latest SUVs, pickup trucks and other vehicles that roll off the factory production line with these capabilities built into them.

As we mentioned in the dune bashing segment above, off-roading is rarely done alone. It’s primarily for safety reasons, of course, but also it brings additional social advantages. Off-roaders form their own little communities and clubs, sharing a new enthusiasm with people they’ve likely never met.

Social media has helped bring more people together to take their cars off-road. It’s never been easier to get a group of people to a location to share in the thrills and spills of the sport, whatever form it takes. The potential spills are, obviously, why it’s advisable never to try off-roading alone. It’s always best to have others there to help out just in case something doesn’t go to plan.

The Thrill of Off-Roading:

Finally, people are drawn to off-roading for the sheer thrill of it. Those tense moments where one wheel may be raised off the ground; where you sink into the mudhole for a few moments; where your vehicle stands atop a pile of rocks readying itself for the tricky journey back down the other side. These are the moments that off-roaders live for.

Off-roading undoubtedly serves a purpose of providing an adrenaline fix for those who seek it. It’s also a powerful bonding force between friends and family members who endure the sport together, helping each other and sharing in a sense of achievement.

As much of a positive case that can be made for the appeal and benefit of off-roading for those who take part, there are many who would disagree. In fact, some of these go beyond not sharing the love for off-roading, but in fact actively oppose the sport entirely. In this final section of our article today, we will look at the main reasons some are against off-roading and would just as soon see it banned than try it for themselves.

Like many extreme or dangerous pastimes, there is a resentment that exists between ordinary tax payers who do not take part, and those who risk their bodies and indeed their lives to participate. Resulting accidents and injuries cost public health services dearly, and that’s before we get to the possible ruination of families who may lose a breadwinner to a weekend hobby.

On other occasions, there are those who don’t get injured, but rather get trapped in certain locations that they were previously advised not to traverse. That sense of adventure and being challenged often has the ability to overcome our reasoning and critical capacities. The result is more costly action by local emergency services like mountain rescue teams, police, fire fighters and others; individuals who would be better placed serving the public need rather than rescuing stranded thrill-seekers who were ignoring good advice they previously received.

Seeing clips of an SUV riding up and over a sand dune; an ATV or dirt bike ripping up soil as it rushes over land; and even water-based activities like jet skiing — they are all considered fun and thrilling, but equally take their toll on the environment and various eco system in which they take place.

Turning up soil, damaging plants and disturbing animals can have disastrous consequences for the wider environment. For example, if you have vehicles riding frequently over soil, it can result in soil compaction over time. Pushing the soil closer and closer together can result in poor root growth, which can impact agriculture or the natural ability of the land to grow grasses and other vegetation. This phenomenon can also lead to a general decline in the structural stability of the soil.

Other negative effects include noise pollution, destruction (deliberate or accidental) of wild animal habitats and spreading various weeds and other pest vegetation. A study at Montana State University Extension Service discovered that a single dirt bike in the course of its soil churning can actually distribute 2,000 unwanted seeds over a 10-mile radius.

There is disagreement on how extensive these effects really are. The comparative size of an off-road trail traversed by a handful of cars is surely minimal compared to what millions of Americans do every day when they use busy highways or drive to suburban shopping centers. Taking away a few off-road routes is hardly going to make a dent in the impact that the rest of society is having.

It’s not likely that off-roading will vanish overnight. As vehicles get safer and more capable, it is absolutely possible that an increasing number of people will favor the notion of off-roading, at least just to try it out. The SUV and the pickup truck are still America’s go-to vehicles when thinking about buying a new car. It stands to reason, therefore, that off-roading will remain part of the national mindset.

Tags: off road vehicles, off roading

The Truth About Drag Racing