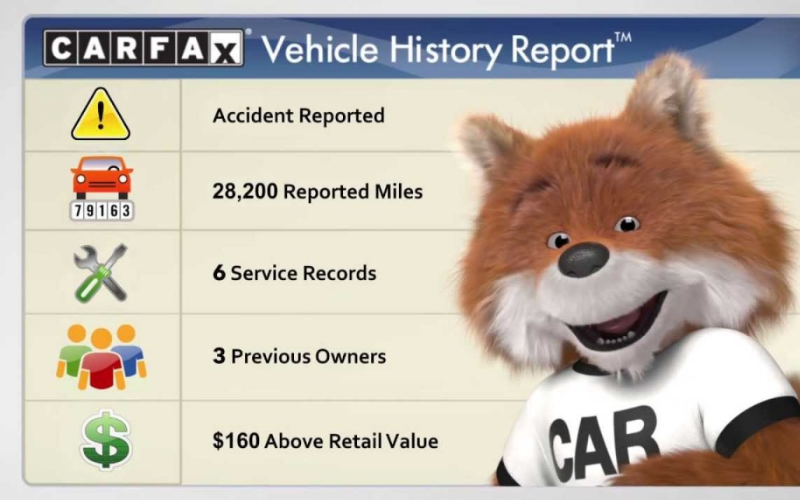 If you’ve ever bought a pre-owned car from a private seller, then you’ve probably considered at least once purchasing a car history report from the likes of Carfax and AutoCheck. You’ve heard of both, but you’re not entirely sure what the difference is or if one is somewhat better than the other.

A car history report is an essential part of purchasing a pre-owned car. It’s a bad idea to even consider such a vehicle until you can be confident that there are no mechanical skeletons hiding in its closet. A report from either Carfax or AutoCheck could help mitigate those risks and give you the information and peace of mind that you so crave.

The question is, what’s the difference between Carfax and AutoCheck car history reports? In addition, is there a time when you should favor one over the other? Should you be paying for these reports, or the person or organization selling you the car? These are the main questions that we will endeavor to answer in today’s blog.

What Is a Car History Report – Why Do I Need It?

There’s a strong degree of mechanical uncertainty when it comes to buying pre-owned cars. A car history report is a way to solve this uncertainty problem and give the buyer a full and proper picture of the car in which they are currently interested. We all suspect that sellers might be hiding things from us, and these reports can be the light in the dark that we need to see everything clearly.

There are a number of different places you can learn about a car’s history just by using the VIN, if you happen to have it. Some of these sources are free but provide very limited information on the car. Two of the best-known sources for more detailed paid reports are Carfax and AutoCheck. It’s not just buyers who turn to these two sources when they want a reliable and detailed car report, but also the dealerships when they’re selling used cars (more on that further below).

What Information Is In a Car History Report?

As we touched on further above, there are elements of this information that you don’t necessarily have to pay for. To know whether a car has been involved in a recall, for instance, you can get an instant response on that by simply inputting the car’s VIN into the National Highway Traffic Safety Administration’s website (https://nhtsa.gov/recalls).

Input the VIN and know instantly (and for free) whether there has been a recall and if this car was involved. It could be that you’re looking at a model and year that you know was involved in a recall, but the seller tells you that his/her own car was not a part of that and that there was no fault. The NHTSA check will confirm that information for you.

If you do want more information than this, however, then you will likely have to pay for it by opting for a more comprehensive report from either Carfax or AutoCheck. The question remains, however, what is the difference between these car history report providers? Which one will be more suitable for me needs?

Let’s start by looking at Carfax, what the reports contain, how they get their information and how much money you will pay for a Carfax report. The fact is that Carfax reports are not cheap, but they are extremely thorough and comprehensive. The organization relies heavily upon its enormous network of more than 100,000 sources of data to create each individual report. Who are these sources? They include (but are not limited to):

Just imagine you could gain instant access to a panel of people, each member representing one of these sources of information, you would undoubtedly have many questions for them. A Carfax report will contain all such answers. A typical report from Carfax tells you:

1. Whether or not a vehicle has a clean or salvage title

3. Problems (if any) with the odometer

4. History of accidents and other damage done to the vehicle

5. How the vehicle was used previously (e.g., as a persona/commercial vehicle)

6. How many previous owners the vehicle had

The list of Carfax information goes on, and many praise Carfax for their thoroughness in reporting. All of it is very useful for the buyer. Imagine that the seller of a vehicle told you that even though the car has high mileage, it was only ever used in regular day-to-day driving to and from a place of work and for family vacations. What if you were to discover that the vehicle had, in fact, been used as an Uber car or taxi for the past 3 years. That would mean that the vehicle acquired the vast majority of its mileage — and by extension, its wear and tear — in the last three years.

A car put under intensive strain in a short time is more likely to experience problems than a car that acquired high mileage through regular driving over a longer period. These details are extremely important, and a report from Carfax will furnish you with them.

One other key advantage that Carfax has in its reports over its competition AutoCheck is something that they call the Carfax “Buyback Guarantee.” What it entails is that if you purchase a vehicle off the back of a Carfax report, and it then emerges that there are title issues that were reported to the DMV originally but not pickled up by Carfax in their report, then Carfax will buy the car from you.

As an act of good faith, it says a lot about Carfax and the way they are operating to guarantee customer satisfaction and the quality and accuracy of their reports. People very often make their final decisions on car purchases off the back of what these reports say, so it’s good that they’re willing to put their money where their mouth is.

So far, we’ve waxed lyrical about the thoroughness, detail and other positive features of Carfax reports. As obviously strong and useful a they are, there are a few drawbacks:

There is, therefore, a limit to what Carfax can tell you, which is that they can only give you what exists in the official reports that come as a part of each vehicle’s history. Anything done off the record will be impossible for Carfax to know and report to you.

How Much are Carfax Reports?

We mentioned the high cost in the drawbacks. Below you can see exactly how much it costs to acquire a Carfax report.

If you’re willing to spend the money and you have your mind set on only a handful of cars, then the thorough nature of the Carfax reports backed up by the Buyback Guarantee make it a fair deal. If you are looking at a lot of different cars, however, then getting Carfax reports becomes an expensive proposition, especially when you see the difference in cost from AutoCheck.

If you were expecting to hear a dramatic difference in the amount of information or detail that you get from an AutoCheck report, you might be disappointed. The good news actually is that AutoCheck reports contain almost all of the same basic information that the Carfax ones do. Since they make use of the same kind of scale of network in order to acquire all the information, the result in that sense is similar.

There are one or two omissions, however, which we will cover in the drawback section. The AutoCheck report will inform you of:

AutoCheck doesn’t offer the same Buyback Guarantee that Carfax does, but it does have its own unique feature in the form of the AutoCheck scoring system.

One of the things that AutoCheck has over its competitor Carfax is the inclusion of a comparative scoring system that buyers can use as an objective point of reference when looking at a car for purchase. The scores are out of 100 in total, and they are formulated using data from the report. As we just touched upon, these scores are not just standalone numbers, but comparative data points designed to help you see if the car that is the subject of this report stands up to other similar and typical models of the same year.

For example, let’s say that you’re in the market for a Jeep Grand Cherokee. You find one that you think on the surface looks great and has a terrific price point. You get the AutoCheck report and it reveals a score of 88 for this particular car. On the surface, a score of 88 seems quite impressive for a pre-owned car, but this is where we can see the value and perspective that the AutoCheck score gives you.

AutoCheck accompanies scores with what they refer to as their ‘recommended score range,’ into which pre-owned cars of worth will fall. The Jeep Grand Cherokee that you are looking at scored 88, but what if AutoCheck says that a good Jeep Grand Cherokee of that model year should score at least 92? What you have there now is a Jeep that’s not living up to others in its category.

That perspective and context is a unique gift that the AutoCheck scoring system gives you. Another gift that you get with AutoCheck is a good price, especially on multiple reports. We’ll show that further below in the pricing section.

Though they are affordable and in possession of very useful data points like the comparative score, there are also some weaknesses to the AutoCheck reports.

One area that is definitely not a shortcoming of AutoCheck, however, is the pricing. See the next section for more.

How Much Are AutoCheck Reports?

You’ll find that AutoCheck reports are sold at a much cheaper price point than Carfax:

It’s clear, therefore, why many dealership prefer to use AutoCheck over Carfax. It’s not a common thing that a regular car buyer would need 300 individual reports on cars they were interested in. For dealers, however, that’s a very normal thing.

From this information, we can clearly see that different stakeholders within the pre-owned car market benefit in different ways from each type of report. On the one hand, the level of detail and guarantees available with a Carfax report certainly suit the buyer who is looking at a car being sold by a private seller.

AutoCheck reports, on the other hand, with their cheaper bulk-buying prices, are very well-suited to dealerships looking for purchase large numbers of reports on all their used car stock.

It follows therefore that these reports are most useful to you as a buyer when you are purchasing from a private seller. The private seller might offer to purchase a Carfax or AutoCheck report as a sign of good faith, but it’s not always the done thing. Mostly it’s buyers who do that. When working with a dealership, however, it should be an expected thing that a reputable dealership can prove the quality and history of a vehicle with an independent third-party report. Furthermore, they should provide it to you for free, especially if it is the clincher in you signing a deal.

Take note of these reports, what they contain and how they benefit you. They can be the thin line protection that stops you from making a big mistake when buying a car.

A Complete Guide to Hybrid Cars

How Reliable are Tesla Cars?

A Guide to Cleaning Glass Surfaces in Your Car